Classic hyperextension can be performed both in a special simulator or in a Roman chair (in the illustration above), and on a fitball – the latter option is suitable for performing at home since it does not require bulky equipment. In the classic variation, the legs and lower body are fixed, and the purpose of the exercise is to raise and extend the body using the muscles of the back.

Reverse hyperextension involves lifting the legs while fixing the upper body. This variation serves as a way to quickly pump the buttocks and give them a rounded shape since the gluteus medius becomes the key working muscle. The exercise can be performed both in a hyperextension simulator or on a fitball, as well as on a regular bench.

Can hyperextension be done every day?

When performing hyperextensions, the internal muscles of the back are involved in the work, the fibers of which are predominantly slow (red). Recall that red and white muscle fibers differ both in the type of load performed and in the mechanisms of growth and recovery. The deep back musculature is a stabilizing muscle characterized by a dense structure.

In most cases, it is not recommended to do hyperextension every day – at least in the power and dynamic version. On the other hand, the exercise can be performed in a static mode – likePlank exercise needs to maintain the weight of the body for a certain amount of time. In static mode, hyperextension can be done daily.

The technique of performing hyperextensions on the back involves raising the trunk and straightening the spine – however, it is not recommended to bend back excessively. If you are doing the exercise in a special machine (pictured above), the final point is the horizontal position. If hyperextension is performed in a Roman chair (legs are fixed below), then you need to rise up to 45 degrees to the horizon.

It is recommended for beginners to do hyperextension 2-3 times a week, at the end of the workout, 3-4 sets of 12-15 repetitions with body weight. The simplest variation is the one in which the arms are folded behind the back. Hands fastened behind the head – intermediate level. Stretching your arms forward or using extra weight – advanced.

A fitball can be used as a supporting apparatus for hyperextension – a similar variation is suitable for home conditions. In this case, the legs are either fixed on the lower rail of the wall bars, or with the help of a coach or training partner. Note that hyperextension on a fitball requires the involvement of a number of stabilizing muscles – including more active work transverse muscles of the abs.

It is recommended to use a fitball with a sufficiently large diameter to increase the range of motion. The exercise can be performed both in a dynamic mode without weights and with an additional weighting agent (it is easier to press the weight to the chest). Also, hyperextension on a fitball can be performed in a static mode, like a bar. In this case, the exercises can be alternated.

Reverse hyperextension on the buttocks

The technique is simple – first, the upper body is fixed, then both legs slowly rise up. Care must be taken to ensure that most of the load falls on the gluteal muscles, and not on the lower back. For example, it is easier for beginners to perform reverse hyperextension not with two legs at the same time, but with raising the legs alternately. A more complicated version – with a ball clamped between the ankles.

Improper hyperextension is one of the most common causes of lower back pain. Remember that the final point of the exercise should be a horizontal position (or an angle of 45 degrees when performed in a Roman chair) – excessive back bending is dangerous and can injure the lower back. In addition, follow the rhythm of the movement, perform the exercise smoothly and without jerking.

Contraindications for performing hyperextensions may be a pain in the spine, especially in its lower part. It is necessary to understand what exactly provokes these pains. In some cases, hyperextension will be useful for strengthening the muscles (it will help to do deadlift is correct) – but if the cause of pain is damage to the spine, such an exercise can be harmful. 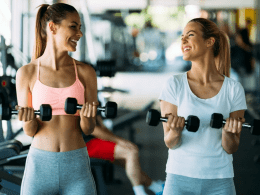 Do you know how many people in the world are thinking about losing weight? Countless. In pursuit of a fit…
bySean Flanagan 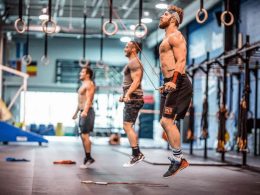 Cardio CrossFit is a youthful fitness workout. The main advantage of this load is a variety of exercises, uniform…
bySean Flanagan 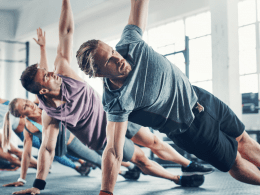 Running is not useful for everyone, and not in any weather will want to go outside. Not everyone goes…
bySean Flanagan 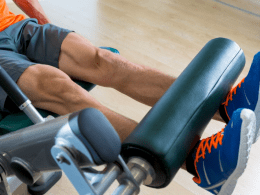 Extension of the legs in the simulator

Any cookies that may not be particularly necessary for the website to function and is used specifically to collect user personal data via analytics, ads, other embedded contents are termed as non-necessary cookies. It is mandatory to procure user consent prior to running these cookies on your website.